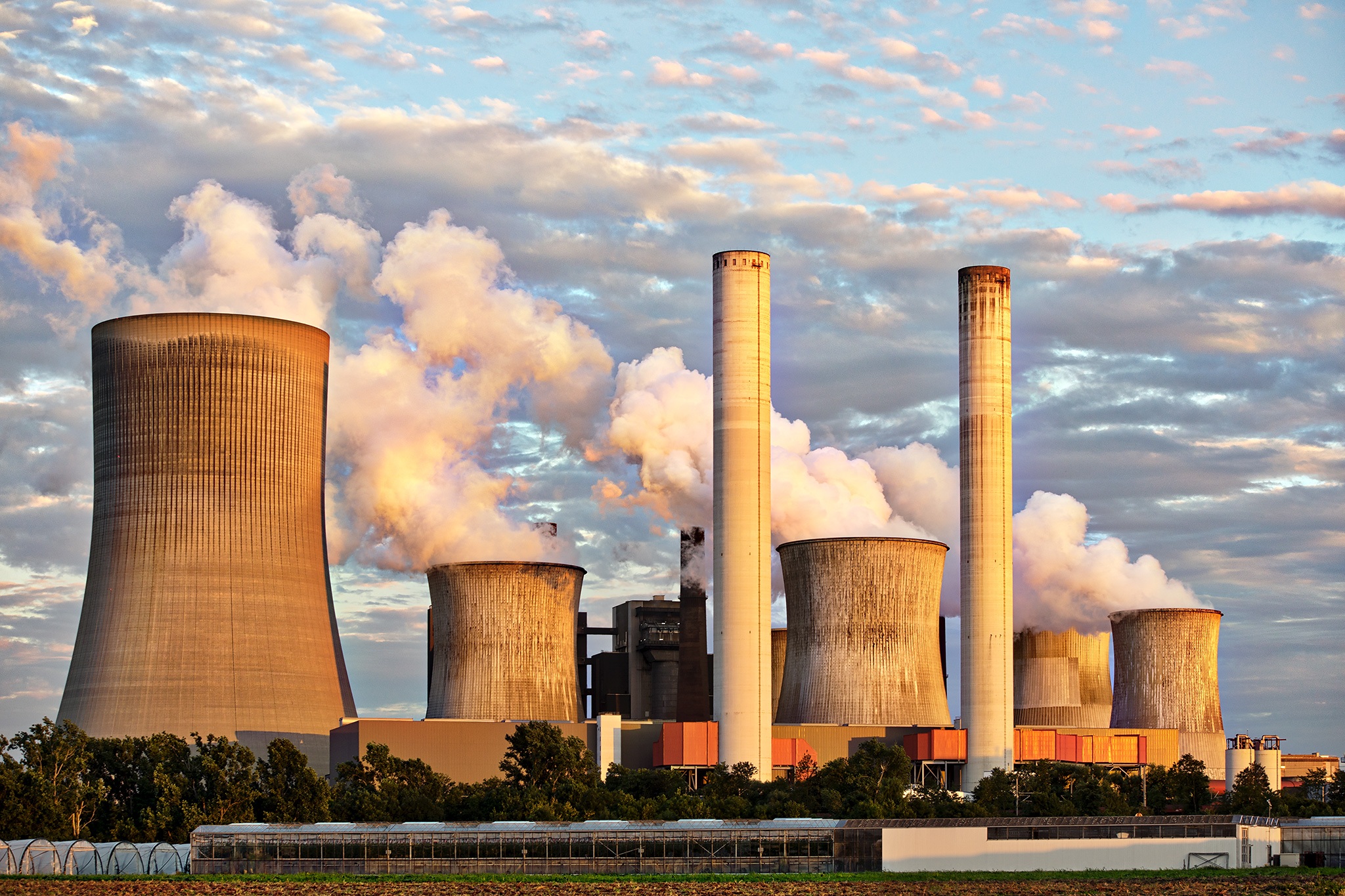 Undeniably, the energy issues are part of the sustainability discussion on a global level. Our societies increasingly have a need of energy. This energy needs to be produced by something, somewhere. These are our energy resources. Our energy sources are a vital part of our economies and societies and are therefor also part of our politics.

An interesting situation is currently emerging in The Netherlands. As energy resources are important, for decades The Netherlands is producing gas out of a large gas bubble in the northern part of the country. A huge gas network is spread across the country to supply every household with gas for heating and cooking. But also industries use gas for their production activities.

Since a couple of years, earthquakes are appearing in the northern part of the country. As for decades gas has been won from the underground gas reserves, the enormous gas bubble is shrinking. This causes earthquakes now and then. As the gas production is continuing, the earthquakes are getting more intense. As a result, buildings and houses are increasingly damages by the earthquakes. More and more, old heritage houses are actually collapsing, caused by the regular earthquakes. Many houses need continue support to prevent them from collapsing. The people who live in these houses do not only see their capital value (as in their property) decreasing, but are also under a lot of stress and insecurity because of the increasing damaging of their homes.

Should the gas winning in this area be stopped? A simple answer is: yes. A more difficult answer point out our collective dependence on energy resources. We don’t want to be dependent on other countries for our energy, especially not on Russia, keeping in mind the current political situation.

Also: should we not change our energy resources towards more sustainable energy, like energy from windmills or solar panels? The simple answer is: yes. Of course we should make changes towards more sustainable energy resources. The problem is, however, the NIMBY effect. NIMBY means ‘Not In My Back Yard’. Dutch people, as it seems, like to complain about everything. Although they prefer green energy resources, the absolutely do not want a windmill near to their house. First because of the noise it produces and secondly because of horizon pollution.

The issue concerning the horizon pollution of these huge windmills structures is an evident one in The Netherlands, as it is one of the most dense country in the world. People live all over the country. A windmill will always be within hearing distance from at least 1 home.

However, as we move across the border into Germany, windmills and solar energy seem to be a way more usual solution. Nevertheless, the individual investment in solar energy (on a household level) in The Netherlands is being paid back within a reasonable amount of time. It should be an attractive investment in The Netherlands, but it doesn’t happen as widespread as it should. How come?

In The Netherlands a high population density level means high housing prices. Therefore there is less money available for investments. Also, as many people live in apartment buildings, the juridical power of individuals is small in a collective group of house owners in a building. These arguments limit the willingness of Dutch homeowners to invest in clean energy.

The Netherlands is of course trying to think of possible solutions or possibilities. Solutions are found in the part of the country where there is still some space: in the North Sea. Currently, as one is about to land with an airplane on Schiphol Amsterdam Airport and is nearing the Dutch shore from the west, he or she is passing a huge windmill parks in the North Sea in front of the Dutch shore. These windmill parks are suppose to provide clean energy for the country, as windmills in the country itself are difficult to develop.

Will windmills solve the problem of energy resources? Probably not. The biggest energy users are not individual households, but rather industries. They use huge amounts of energy and are only willing to pay the lowest price, which mostly is not green energy. They don’t seem to care much about sustainability or climate change, but tend to have financial arguments.

Even more so, the energy supplying companies play a game of demand and supply within the government law. They sell energy to households and industries. If a household desires green energy, they buy green energy from for example Norway, which produces a huge amount of green energy. The energy supplying companies own power plants where they produce energy. These power plants are huge polluters. They are old and some of them even run on coal. By law they should be 25% green, or sustainable. To get to this number, they burn 25% wood into their ovens. This wood is bought in the US and is ‘green’ wood. It has a sustainability mark as it is probably produced in a sustainable way.

This wood is burned in the ovens, producing even more pollution than coal. The power plants still get a check at sustainable production.

What could be a solution for this energy issue on a global scale? I would like to propose one possible solution.

As Norway has an oversupply of green energy, this would be an easy solution.

What do you think?

Do you guys have other examples of these sustainable energy issues around the world? I would love to hear from you. 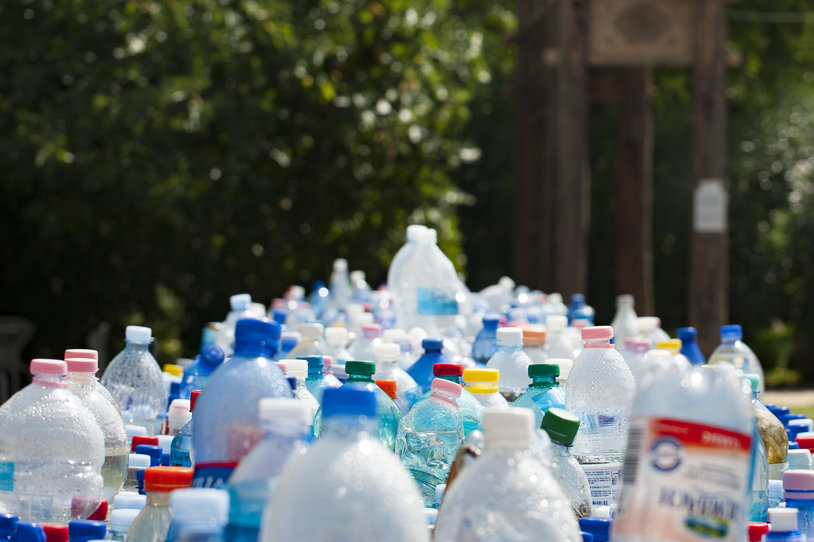 Every minute, the equivalent of one full truck of plastic is dumped in the ocean. That equals 1440 trucks per day and 8 billion kilos every year.

Bigger pieces of plastic, like bottles or plastic bags, are fragmented in de water into smaller pieces called micro plastics. This process of fragmentation is caused by sunlight, disintegration and the waves of the ocean. Animals, like fish, plankton, but also birds see these small micro plastic pieces as food. This is how plastic gets its way into our food chain. We are literally eating the plastic we threw away, but also damaging our own environment.

All this plastic that was dumped into the oceans, also to an increasing extent pollutes the beaches. Even the most beautiful beaches in the world are covered by garbage, dirt and mainly plastic that is brought there by the sea, the waves and the tide.

What is the plastic soup?

In 1997, in the middle of the ocean, captain Charles Moore discovered a large area covered with plastic pieces, large and small. Later he went back to do more research and called this the ‘plastic soup’.

Do you know what the problem is with plastic? It doesn’t consume. It may be fragmentized into multiple pieces, but it will never be digested by an animal or fish or evaporate. A lot of the plastic that ends up in the environment, like bottles, plastic wrappers, plastic bags, but also small plastic pieces; many of them end up in the ocean. Either by garbage being dumped, waste being thrown on the streets or in rivers or waste being taken by the wind.

In the oceans, the water flows. This is caused by enormous streams, tides (caused by the position of the moon related to the sun) and wind power. Sooner or later, this plastic gets caught up in one of these water streams. The plastic pieces are transported by these streams towards some central parts of the oceans. That’s where these plastic parts remain. They are basically submissive to the power of the oceans. This is how plastic soups can emerge.

Because of the degradation and fragmentation of the plastic that flows in the oceans, very small minuscule parts of plastic are being formed out of larger parts. These plastics are seen as food by fish and plankton. Plankton, the poor little creature, has its place somewhere at the bottom of the global food chain. Just as eating plastic is unhealthy for humans, it is also quite toxic for fish and plankton. Many societies, like ours, eat fist quite regularly. Plankton eats micro plastics, fish its plankton and plastic, humans eat fish. This is how these toxics emerge into our food chain.

Not to mention all the industrial waste that is being dumped in lakes and rivers and ends up in our oceans. We are basically making ourselves and Mother Nature sick.

This is only the top of the iceberg. The plastic waste that is polluting our climate, environment and personal health is still somewhat unknown. Especially the effects of plastic waste below sea level is still quite unclear.

Where did this plastic come from? You can say that most plastic is being thrown on the streets, in the rivers and left in nature. People individually dump waste, but also industries dump their waste into nature. Every river and every wind eventually ends up in the ocean. The ocean takes the floating plastic towards areas far away from civilizations.

These streams are called gyres. A gyre is a natural phenomenon. It’s a rotating current system that is comprised to the earth’s rotation coupled with currents and prevailing winds. It’s basically a giant whirlpool. It takes a long time before a plastic piece fulfils the gyre, up to about 10 years toward the accumulation zone.

It’s an international issue. The plastic comes from every part of the world and is being transported by the currents all over the world.

The Ocean Cleanup is an initiative by a Dutch youngster called Boyan Slat. He invented a new technology to clean up the ocean from its plastic, mainly focused on cleaning up the plastic soups. This technology uses the currents of the ocean. It is a system that catches and concentrates the plastic. The plastic will be pushed by the current into the cleaning system. This system has a U-shape and partly floats on the water. The waste is being collected and shipped to the shore.

It’s a revolutionary idea. Or perhaps it is quite simple. Perhaps what is revolutionary is that it is invented and initiated by a very young Dutch guy. He felt he had to come up with an idea to clean up the huge amount of plastic in the oceans. Somehow he managed to get attention from the public for his solution. He got funding and even the full support from the Dutch government to produce his ideas.

The plastic soup is a huge global climate issue. It is one of the main issues that effect every person in the world. It is caused by our own neglect and ignorance. We all threw away plastic waste into nature. Are we up for cleaning the oceans?

If not, it will have an effect on us sooner or later. It is probably already effecting our health, as the degraded plastic parts are already in our food chain, in the fish we eat. Perhaps it is already causing or contributing to the emerging of cancer as a severe humans disease.

The problem is not resolving itself. Nature cannot degrade plastic. On the contrary, the plastic soup is only getting larger and time will only make the problem worse, because of small parts of plastic being spread to the depth of the oceans.

We need to take action. As was mentioned: it starts at the point where plastic is being dumped into nature. Clean up your own environment. Does anyone have any ideas? Please share below!